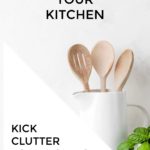 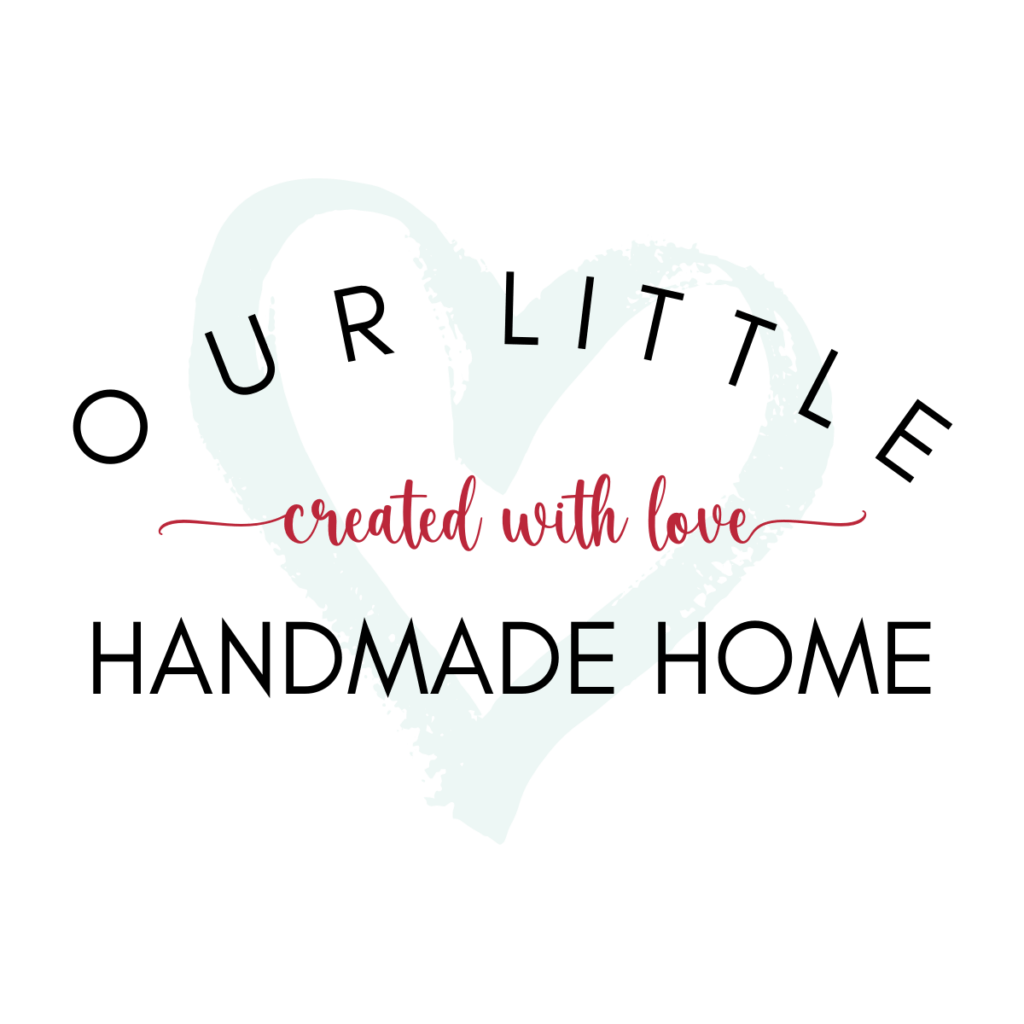 How to Minimize Your Kitchen and Kick Clutter to the Curb 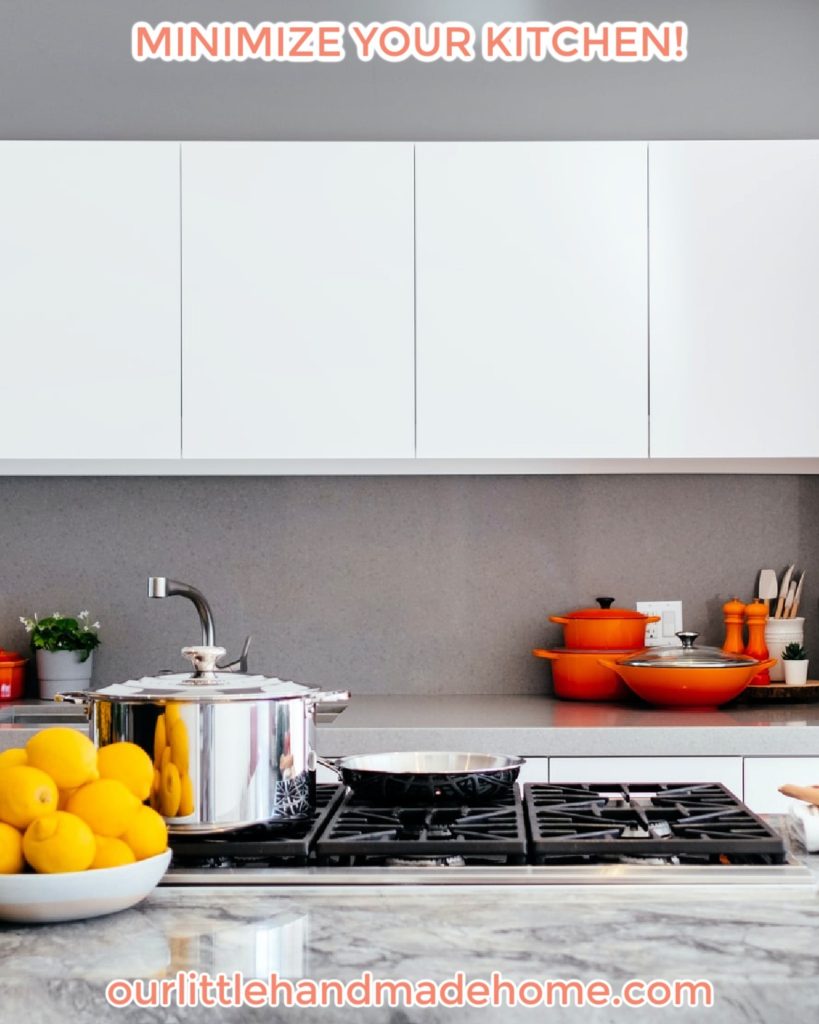 ** This post may contain affiliate links.  What does this mean?  It means that if you click on one of my links and make a purchase, I will earn a small commission or fee, at no extra cost to you.  For further information, please read my full Policies page. **

Hey guys!  Let’s talk about potato mashers, or juicers, or melon-ballers.  Just for fun!  Actually, what I really want to talk about is all the “stuff” that’s in our kitchens, theoretically to make our lives better.  Yeah, you know what I’m talking about.  All the appliances, gadgets and gimmicks designed to increase efficiency and productivity, but end up consuming valuable drawer and counter space, and honestly collect some healthy dust in the process!  So let’s look at how to minimize your kitchen, and throw out the stuff we don’t need!

Everyone has their favourite kitchen accessories.  I have mine, and I know you have yours.  And that’s okay!  The big question is – does it help or hinder you?  That’s really the question I asked when determining what to hang on to and make use of, and what to let go of.

Keep It or Kick It?

Let’s look at some of the most common appliances and tools that find their way into our homes and pantries, some to never again see the light of day.  Then we decide – Keep It in the house and use it, or Kick It to the Curb!

This is a polarizing one, so let’s get it out of the way.  I LOVE my bread maker (this Small Bread Maker by Hamilton-Beach

is the one that I have).  I am not a baker, and I do not have any interest in making bread the hard way!  But – I am interested in knowing what’s in my bread and having a fresh loaf to eat with a steaming bowl of soup on a cold winter night.

It serves me well to put on a loaf of bread in the afternoon, and then not have to think about it again until time to take it out.

Yes, there is such a thing.  And yes – we’ve had one.  Note I say “had”.  We did use it from time to time, particularly when our daughter was younger, and we didn’t want her using the stove when she was home by herself.  She could whip up a grilled cheese sandwich for herself, and it was all good.  But then as she got older, and learned to cook, the sandwich maker was relegated to the back of the cupboard, where it sat, lonely and ignored.  Cue the garage sale.

Again – this one might be questionable for some people.  For us, we don’t like mashed potatoes.  We don’t make them, so why would we have a tool designed just for that?  Buh-bye.

I bought one of these from a friend at work one time.  I think we used it three times.  Great concept, but for a family of three, cooking an entire roast isn’t high on our priority list, especially when we can easily put a roast in the oven or on the barbecue.  Especially the oven, nestled in a bed of potatoes, carrots, mmmmmmm.  I’m getting hungry.  So what happened to it?  See the fate of the aforementioned Sandwich Maker.

We eat a lot of rice.  And quinoa.  And both cook up so nicely in a rice cooker.  It’s quick and easy, and in my books, that’s a win.  It gets used at least twice a week, which makes this a valuable tool for me.  I know that I can also make rice or quinoa on the stove, but if you know anything about me, you’ll know that I’ll have the best of intentions, but then I get distracted and … I think you know how this story goes.  This Rice Cooker

is a little different than the one we use, since ours is older, but it’s about as basic as they come.

is the exact model that I use.  Once I got it and started using it, I was able to get rid of the slow cooker, since my Instant Pot has a slow-cooker setting on it.  I use it to saute large packages of meat from Costco, I use it to simmer chili and to make soup in – you guessed it – an INSTANT!  I absolutely love this appliance.

I might be dating myself here, but growing up, we (and everyone I knew) had an electric can opener on the counter.  Truth be told, I’m not even sure if you can buy these anymore!  But is it necessary?  Heck no.  I bought an amazing can opener from Tupperware, and I’m pretty sure that thing will outlast me!  Plus, in the event of a power outage and subsequent need to eat from your pantry, an electric can opener won’t help you much, now will it?  (That’s my survival tip for the day ?)

There are, of course, numerous other items that you could consider superfluous to a well-rounded kitchen, and there are some that you might even be missing!  But chances are if you read this list and thought to yourself, “Oh, I’ve been meaning to get one of those”, you’ve been doing just fine without it, and you really don’t need it.  So what do you think?  What do you have in your kitchen that you think you can do without?  What tools are your absolute favourite, that you would never consider giving up?  After all, trying to minimize ANY space is an intensely personal journey, and it will look different for everyone.  And that’s okay.

For more on how to set up a kitchen simply right from the start, check out my post on the Top 10 Essentials for a First Home.

Want to remember this?  Save “How to Minimize Your Kitchen & Kick Clutter to the Curb” to your favourite Pinterest boards! 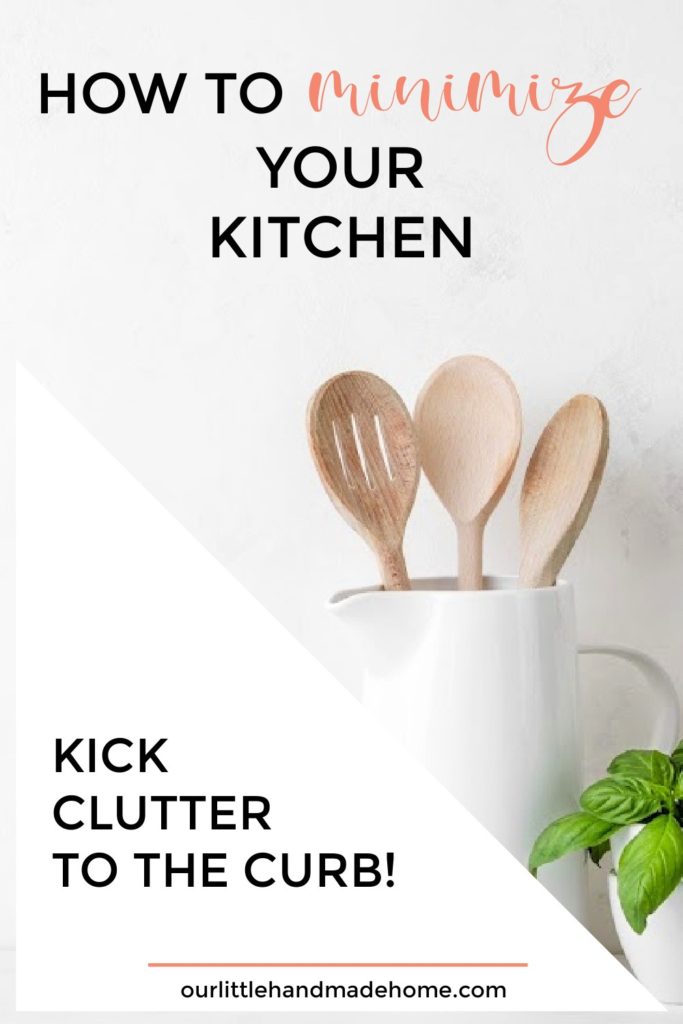 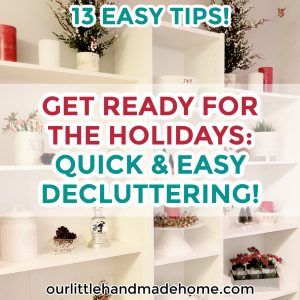 13 Easy Ways to Declutter Right Now: Get Ready for the Holidays 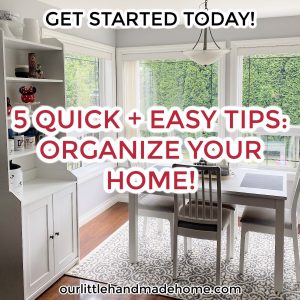 Five Quick and Easy Tips for Organizing Your Home Today 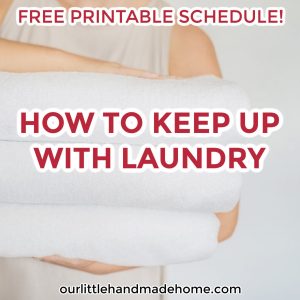 How to Keep Up with Laundry: Free Printable Schedule 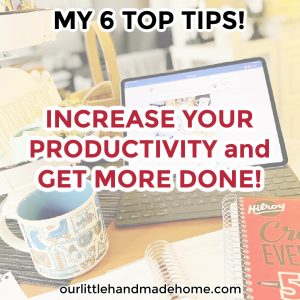 Six Top Ways to Increase Productivity When You Work from Home 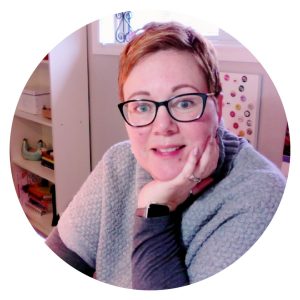 GET THE HOLIDAY PLANNER! 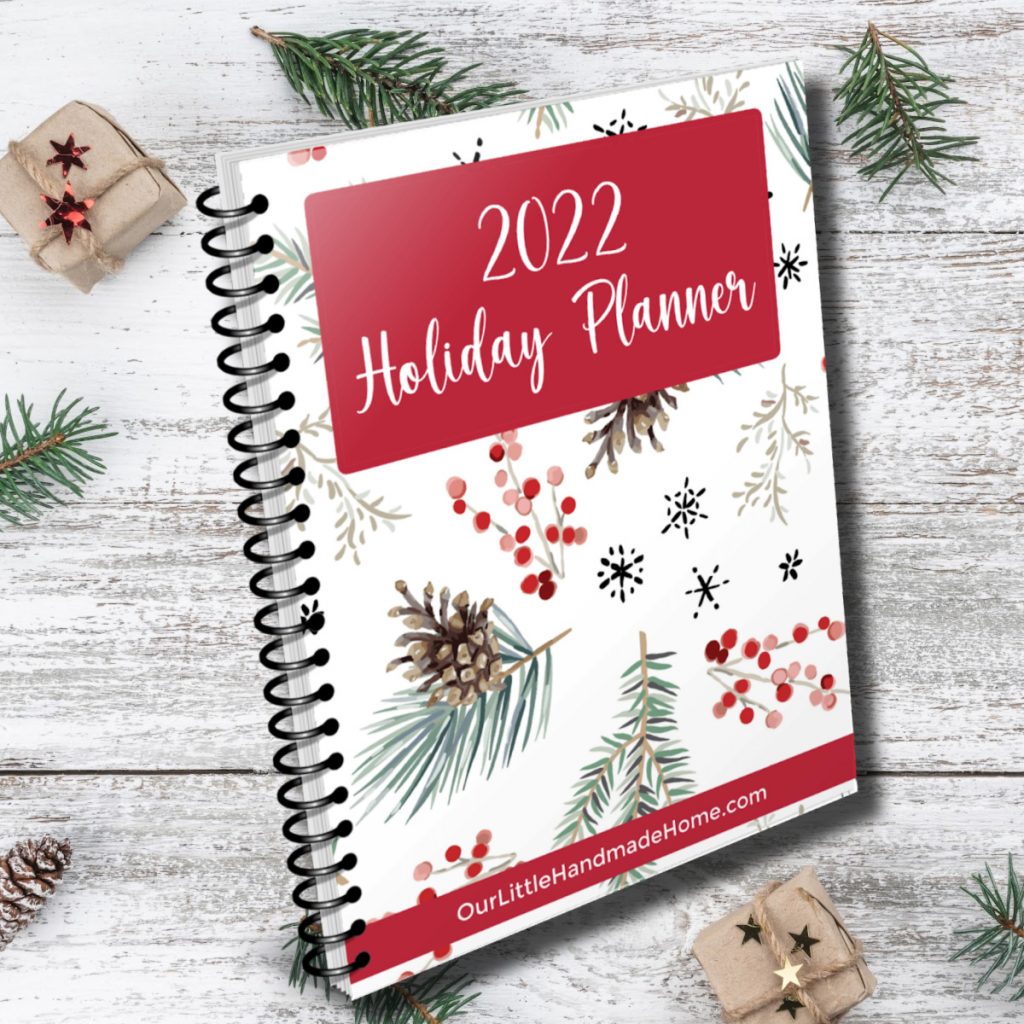 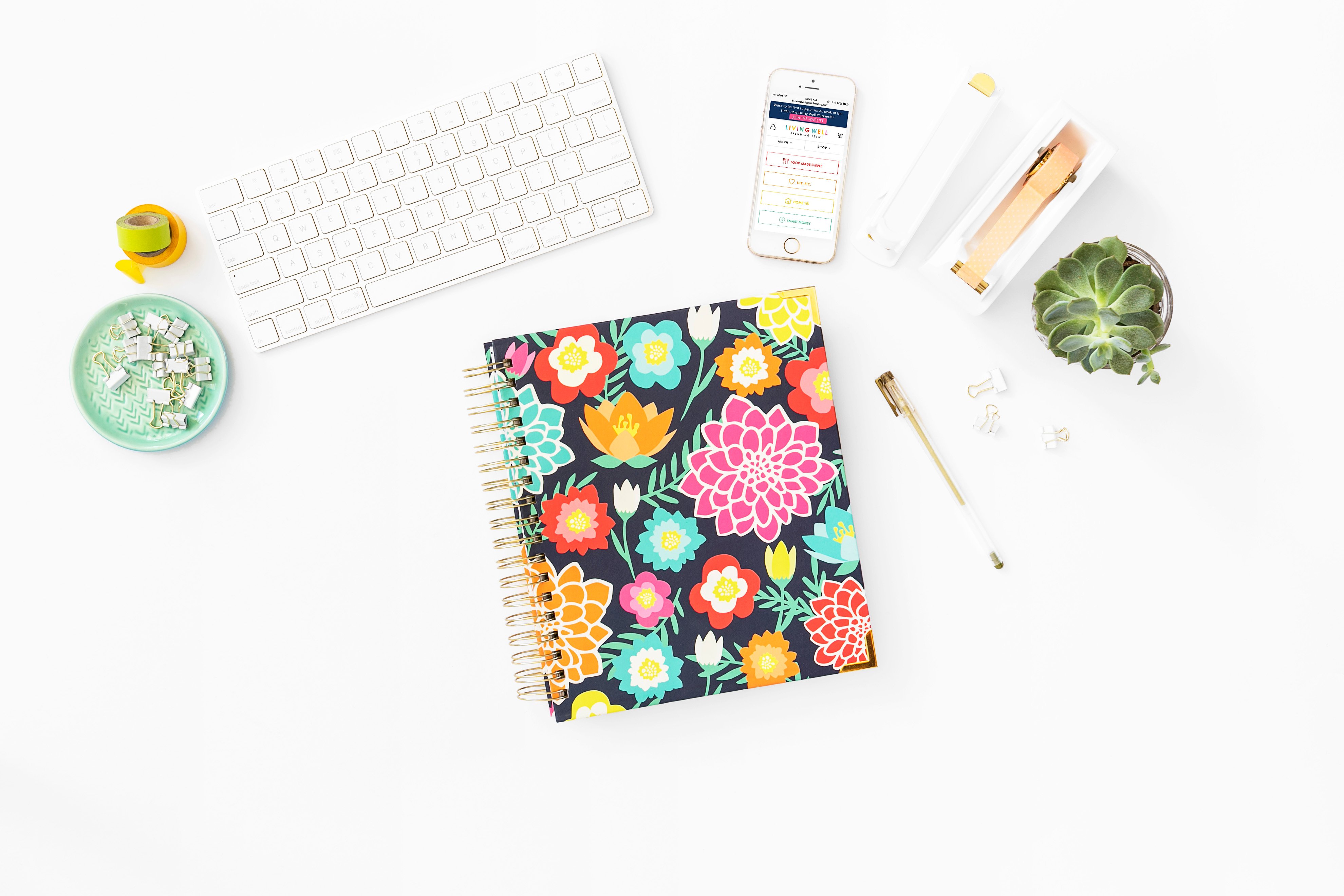 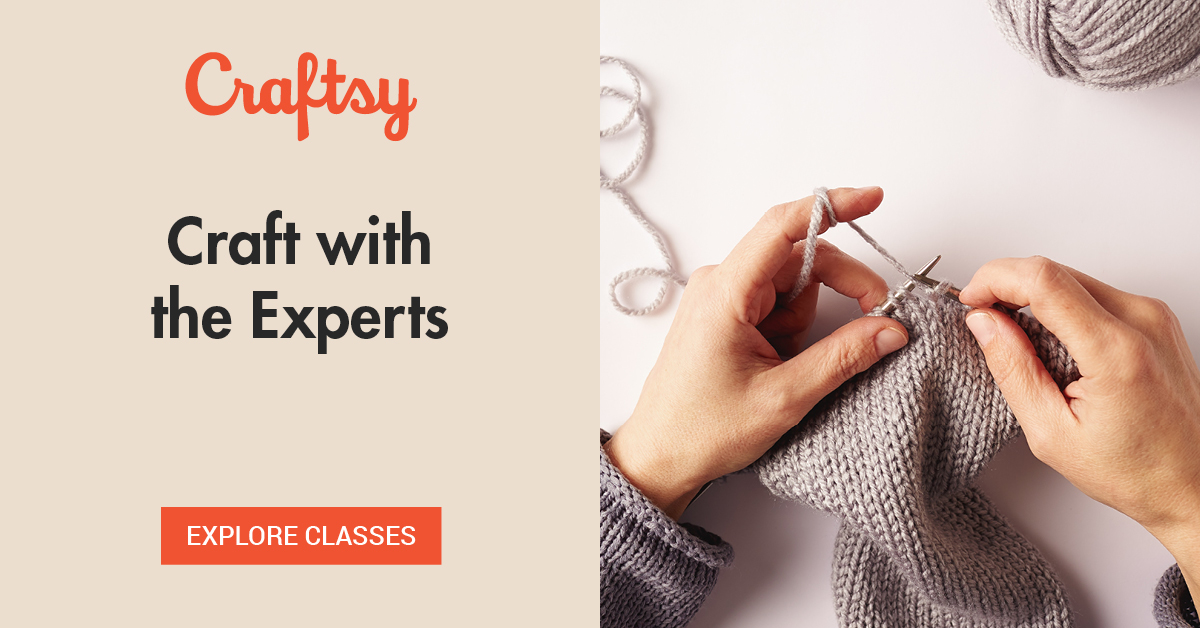 Our Little Handmade Home is a participant in the Amazon Services LLC Associates Program, an affiliate advertising program designed to provide a means for sites to earn advertising fees by advertising and linking to Amazon.com.

You are welcome to link to ourlittlehandmadehome.com!  You can use one single image with a brief description to link back to any post. You may not republish any posts in their entirety.